Thank you so very much for arranging such a wonderful and special trip for us to Paris! Though it was a short visit, we kept very busy - had a truly lovely time. The hotel was spectacular, the dinner delicious and the Eiffel Tower breathtaking.

Your enthusiasm for experiencing the beauty, culture and history of Wales is contagious. We really enjoyed our trip and appreciate the role that you and your company played in making it great!

While the history of rail transport can be traced back to ancient Greece, it was in the United Kingdom that the âage of steamâ began, and there are now almost 200 working heritage rail and tramways in the UK and Ireland. Of course, for those who enjoy the pleasures of modern trains, travel by rail is still one of the most relaxing ways to tour the UK and Ireland. 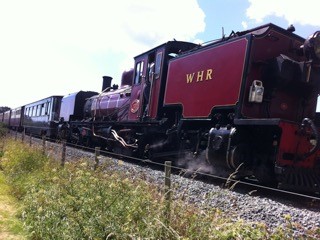 Almost every corner of the UK and Ireland boasts its own heritage line, many of which have been faithfully restored by volunteers since steam trains went out of service on the national rail network in the 1960s.

Perhaps the most famous heritage railway in England is theÂ Bluebell Railway in Sussex, the UKâs first preserved standard gauge passenger railway and now one of the regionâs most popular tourist destinations. It boasts one of the countryâs finest collections of vintage steam locomotives and carriages and has featured in many movies and TV productions, including Downton Abbey.

Other notable heritage lines in England include the Mid Hants Railway in Hampshire, affectionately known as the âWatercress Lineâ from the days when it used to transport locally-grown watercress to London; the Dartmouth Steam Railway, which travels along the spectacular South Devon coast and the Scarborough Spa ExpressÂ in North Yorkshire, which boasts some of the oldest working carriages in operation today and has appeared in the Harry Potter movies. 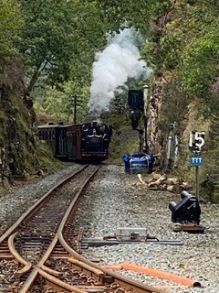 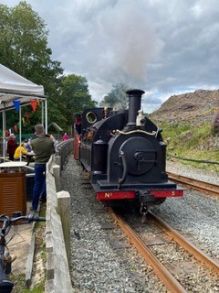 As the oldest railway company in the world still operating trains, Ffestiniog and Welsh Highland Railways operates two fabulous heritage lines in North Wales. The Ffestiniog Railway is the oldest narrow-gauge railway in the world with almost 200 years of history, which started life hauling slate from the quarries of Blaenau Ffestiniog to the docks in Porthmadog.

The Welsh Highland Railway is the UK's longest heritage railway and runs for 25 miles through the magnificent scenery of Snowdonia National Park. On a sunny day, the panoramic views from these historic trains are second to none. 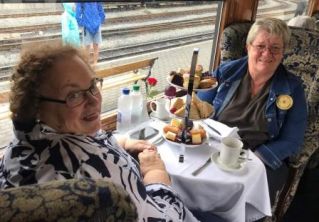 Afternoon Tea in First Class on the Welsh Highland Railway 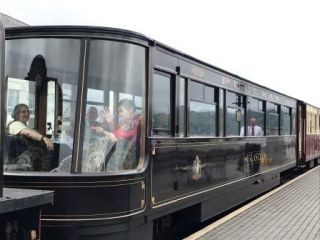 Also, in North Wales, Snowdon Mountain Railway has been taking tourists up to the top of one of the UKâs highest mountains for over 100 years. A narrow-gauge rack-and-pinion mountain railway, it carries about 130,000 visitors each summer and is one of the most unique railway journeys in the world. 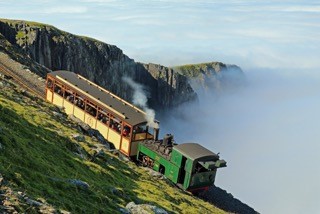 In Scotland, The Jacobite steam train journey to Mallaig and back, on the west coast of Scotland, has been described by Wanderlust Magazine as âthe worldâs greatest railway journey.â Although beautiful views abound, the curving, quarter-mile long, 100-foot high Glenfinnan Viaduct, which overlooks Loch Shiel, is perhaps the highlight.

The Irish Steam Preservation Society narrow gauge railway in Stradbally, about 50 miles from Dublin, is the oldest established heritage railway in Ireland. The Society also manages the Steam Museum there which houses many fascinating steam engines, including a Guinness loco which was once used at the Guinness Brewery. 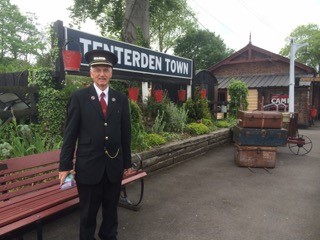 Tenterden Town Station on the Kent and East Sussex Railway

There are over 40 funicular railways in the United Kingdom dating back to the 19th century, many of them still in operation and open to the public. Most are located around the coast, providing a convenient - and spectacular - way to get up and down the cliffs, but there are also some inland, such as Castle Hill Railway in Bridgnorth, Shropshire (pictured below).

The Bridgnorth funicular claims to be the steepest in England and is one of four built to the same basic design in the 1890s. The others are the Lynton and Lynmouth Cliff Railway in Devon - the longest funicular railway in the British Isles, the Aberystwyth Cliff Railway and the now closed Clifton Rocks Railway in Bristol. 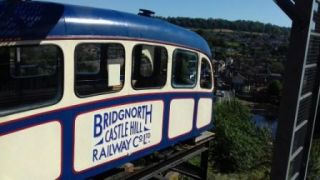 A funicular railway, often known as a cliff railway, is unique in that it has a pair of carriages pulled up and down a slope by the same cable which loops over a pulley wheel at the upper end of a track.Â While many of the UK's funicular railways are now electricallly powered, a number, such as the Saltburn Cliff Lift, still use a traditional water-balanced mechanism.

In addition to heritage railways, there are dozens of fascinating railway museums to visit. Most famous of all and not to be missed is the United Kingdomâs acclaimed National Railway Museum. Itâs the biggest of its kind in the world, with more than 100 locomotives, including Mallard, as well as the gleaming, silk-lined railway carriages of royal trains used by Queen Victoria and King Edward VII and much more.

Of course, a love of trains doesnât just have to be about the past, and so what better way to travel around the UK and Ireland than on one of the modern, high speed or local lines that connect every region? 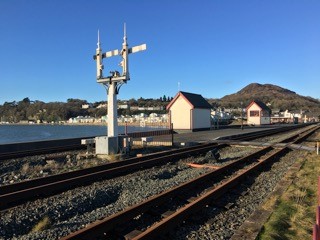 Among the many unforgettable routes in the UK is the Settle-Carlisle Railway, which runs through some of the most attractive scenery in northern England. Built in the 1870s across the remote Yorkshire Dales and North Pennine Hills, this line has several landmark tunnels and bridges, notably the quarter-mile long, 100-foot high Ribblehead Viaduct. This is one part of the UKâs national railway network that is not to be missed!

Whatever your interest in railways and train travel, the UK and Ireland has something for you. From some of the oldest passenger lines and rolling stock in railway history, to modern high-speed comfort, there is a train journey for you. Perhaps combine your train travel with a stay in a hotel with links to the rail network, such as the luxurious St Pancras Hotel at St Pancras Station in London â a George Gilbert Scott masterpiece, now restored to its former glory. And when at St Pancras Station, one of Britainâs finest, why not while away an hour at Europeâs longest champagne bar or hop on a Eurostar train and head further afield â to Paris, Brussels or Amsterdam?

To arrange a tailor-made tour to the UK & Ireland exploring some of the countryâs fascinating heritage railways, or to enjoy a tour of these countries by train, please do contact our friendly team today.

Celtic Connections is the UK's premier annual celebration of Celtic music. Musicians from across the world take part in over 300.....
Jan
25
Events
Burns Night
Jan 25th - All Day

Up Helly Aa, Europe's largest fire festival, takes place in Lerwick, the capital of Shetland in Scotland, on the last Tuesday of.....

Things to do in '22 along England's Great West Way

There are lots of events and activities takingâ¦

Kent has been placed fourth on a list of theâ¦